Tanzania is prone to refugee influxes, often of long duration. Despite facing its own economic challenges, for decades Tanzania has welcomed thousands of refugees fleeing conflicts in neighboring countries of Great Lakes Region. The counties geographic proximity to the strifetorn Congo Basin is responsible in part for the ease access of displaced populations. As well Tanzania was an early signatory in the region to international agreements on the rights and welfare of refugee and asylum seekers As of December, 2018, Tanzania host some 284,300 camp-based refugees, 77% of who are children and woman, in Nduta, Nyarugusu and Mtendeli Refugee Camps in Kigoma region in Northwest Tanzania. About 74% are from Burundi, and the remaining 26% are primarily from Democratic republic of Congo. 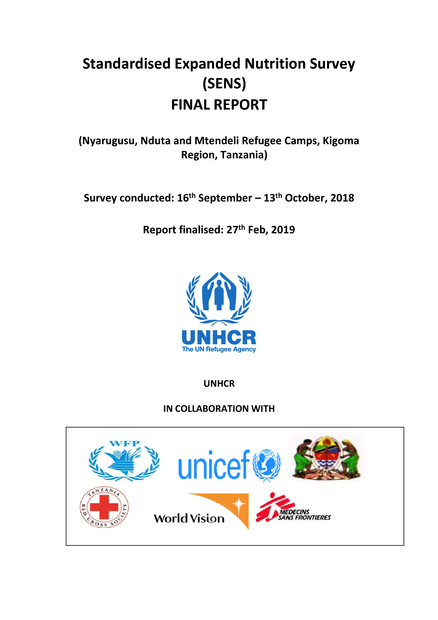