salud pública de méxico / vol. 50, suplemento 2 de 2008, pp.167-177. In response to the emerging global concern regarding health and people with intellectual disabilities (ID), several developed countries have established national initiatives to address the unique health needs of this population segment. However, most people with ID reside in countries with developing economies, such as many Latin American countries, yet there is virtually no information on the health of people with ID in these regions. Countries with developing economies face distinct challenges in promoting health among this population segment that may preclude adoption or adaptation of policies and practices developed in regions with established economies. This paper will address the issue of health promotion among people with ID in Latin America, an area that is undergoing significant reforms in both health care and disability rights 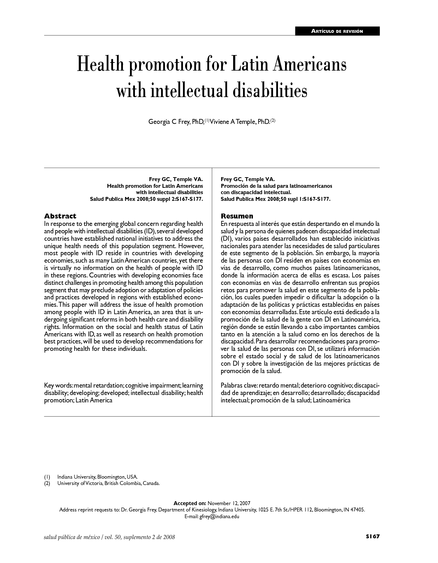