Eleven (11) districts in Rwanda were initially were considered most at risk of the outbreak, namely: • Rusizi, Nyamasheke, Karongi, Rutsiro, Rubavu (bordering DRC) • Musanze, Burera, Gicumbi and Nyagatare (bordering Uganda) • Kigali city (comprised of 3 localities) due to the presence of Kigali International Airport. The National Contingency plan was revised in February 2019 and two districts added to the list (Nyabihu and Nyanza), bring total districts at risk to 13. During the timeframe, the operation, however covered the 11 initial districts. 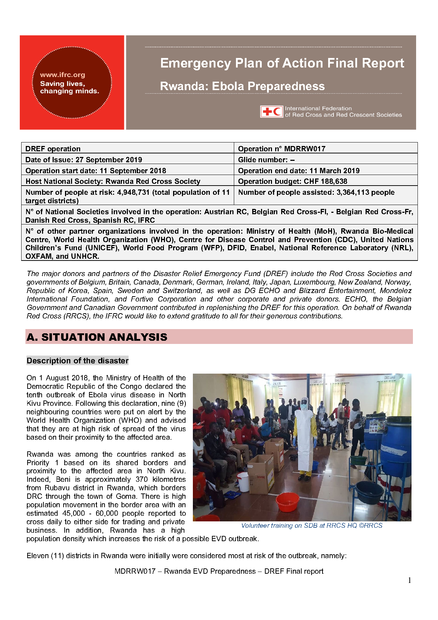