Convention And Protocol Relating To The Status Of Refugees

Refugee law encompasses both customary law, peremptory norms, and international legal instruments. The only international instruments directly applying to refugees are the 1951 United Nations Convention Relating to the Status of Refugees and the 1967 Protocol Relating to the Status of Refugees. Both the Convention and the Protocol are open to states, but each may be signed separately. 145 states have ratified the Convention, and 146 have ratified the Protocol. This is the key document to refugee protection plus the text of the Protocol, which removed a deadline and geographical restrictions from the Convention. For versions in other languages (e.g. Russian, Spanish, French and Chinese) go to http://www.unhcr.org/cgi-bin/texis/vtx/home. 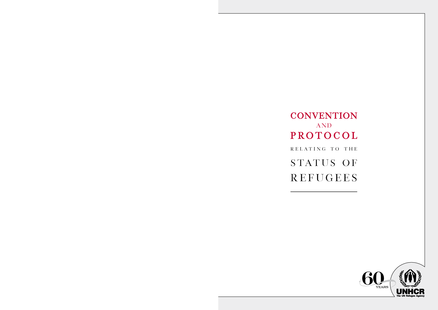