No Place to Call Home. Protecting children´s rights when the changing climate forces them to flee. For every child in danger.

Around the world, approximately 1 in 45 children are on the move – nearly 50 million boys and girls that have migrated across borders or been forcibly displaced within their own countries.1 Climate-related events and their impacts are already contributing significantly to these staggering numbers,with 14.7 million people facing new internal displacement as a result of weather-related disasters in 2015 alone. The annual average since 2008 is higher still, at 21.5 million, equivalent to almost 2,500 people being displaced every single day.2 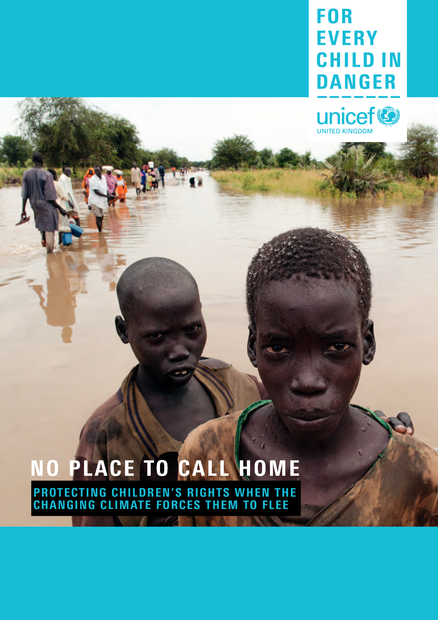