Countries DR of the Congo

The Ebola virus disease (EVD) outbreak in North Kivu and Ituri provinces in Democratic Republic of the Congo continues at a similar transmission intensity to previous weeks. Since our last external situation report, with data reported up to 28 July 2019, 92 new confirmed EVD cases with an additional 59 deaths have been reported across the two affected provinces. There are currently no confirmed cases of EVD outside the Democratic Republic of the Congo. Hotspots continue to be the source of cases in other areas through the movement of suspected and confirmed cases and their contacts. This was observed on 30 July 2019 when a confirmed case was reported in Nyiragongo Health Zone on the outskirts of Goma city. This case-patient was a miner in Ituri and travelled to Goma through several hotspot areas. Two family members of the case-patient, a child and his spouse, have tested positive and are receiving care in the Goma Ebola Treatment Centre (ETC). There is currently no indication of an epidemiological link between these cases and the first case identified in Goma on 14 July 2019. 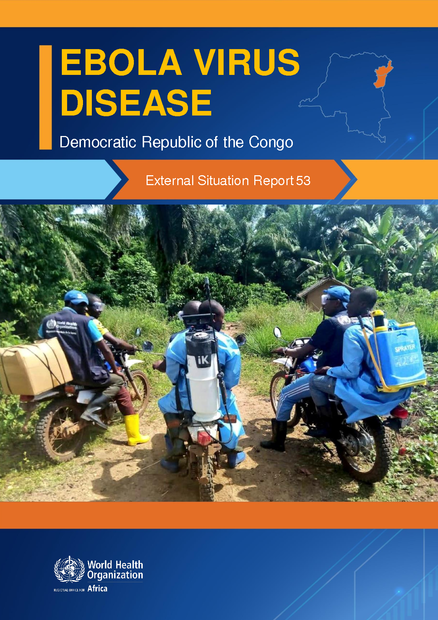