Countries DR of the Congo

The outbreak of Ebola virus disease (EVD) in North Kivu and Ituri provinces, Democratic Republic of the Congo continues this past week, with a steady and sustained transmission intensity. Indicators over the past few weeks demonstrated early signs of transmission easing in intensity in some major hotspots such as Butembo and Katwa. However, concerns remain over the current hotspots in the health zones of Beni, Mabalako, and Mandima; the concurrent increase in the number of new cases occurring in areas that previously had lower rates of transmission, such as the Komanda, Lubero, and Rwampara/Bunia health zones; and cases exported from hotspot areas into unaffected health zones. On 30 June 2019, a case who had travelled from Beni was confirmed in Ariwara Health Zone, more than 460 km north of Beni, towards the borders with Uganda and South Sudan. 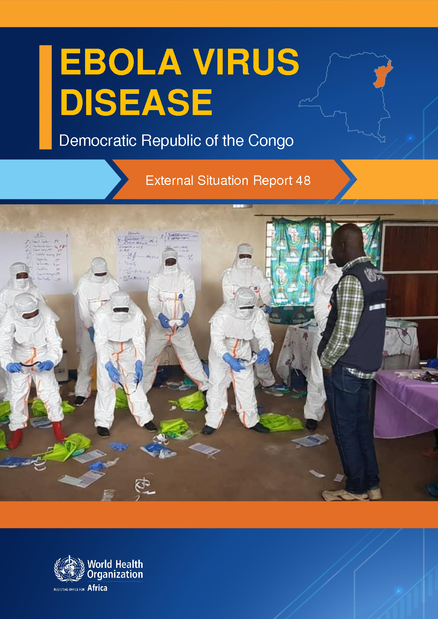