The Socio-Economic Impacts of Ebola in Liberia

Results from a High Frequency Cell Phone Survey November 19, 2014 Ebola has substantially impacted all sectors of employment in the Liberian economy, in both affected and non-affected counties, according to the most recent round of mobile phone surveys conducted by the World Bank Group in partnership with the Liberian Institute of Statistics and Geo-Information Services and the Gallup Organization. In all, nearly half of those working in Liberia when the Ebola outbreak began are no longer working as of early November 2014 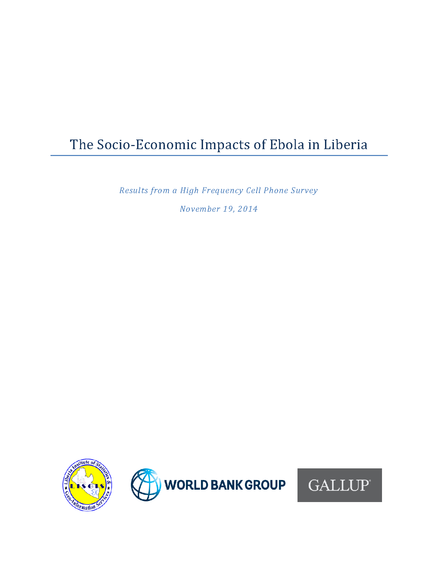