As of 3 August 2019, WHO and the Ministry of Health of the DRC have reported 2 753 EVD cases, including 2 659 confirmed and 94 probable cases. This epidemic in North Kivu and Ituri Provinces is the largest ever recorded in the DRC and the second largest worldwide. A total of 1 843 deaths occurred during the reporting period, including 1 749 deaths (confirmed cases). As of 31 July 2019, 149 healthcare workers have been reported among the confirmed cases, including 41 deaths. 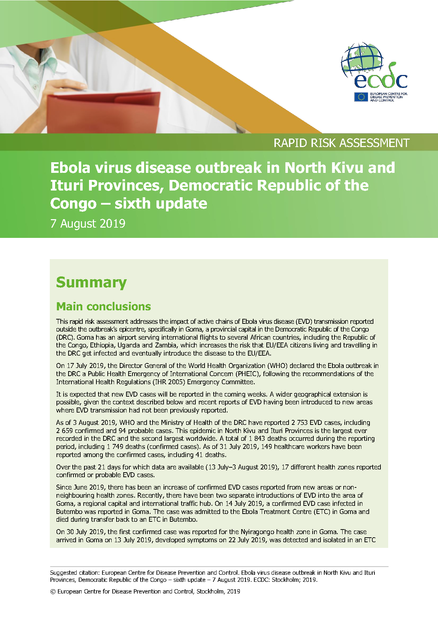