Malaria is a prevalent cause of febrile illnesses in areas with high transmission, and its clinical presentation overlaps with initial signs of Ebola disease. For this reason, the effectiveness of the Ebola response in Guinea, Liberia and Sierra Leone can be optimized through the deployment of targeted measures to reduce the number of fever cases due to malaria WHO recommends specific adaptations in the diagnosis of malaria and in LLIN distribution in countries heavily affected by the Ebola outbreak and mass drug administration using artemisinin-based combination therapies (ACTs) in areas where transmission of both Ebola and malaria is high and access to malaria treatment is very low. 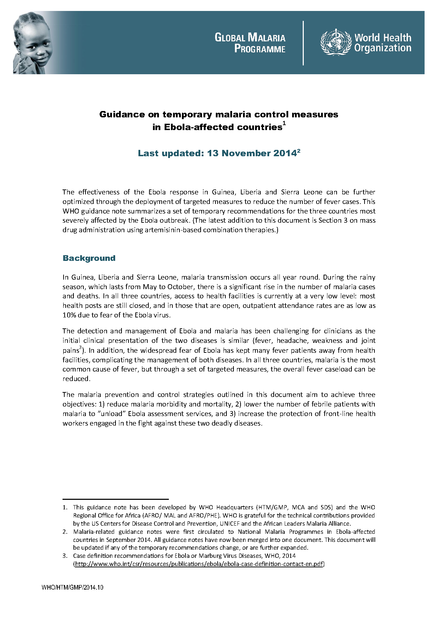