The scale of West Africa’s Ebola epidemic has been attributed to the weak health systems of affected countries, their lack of resources, the mobility of communities and their inexperience in dealing with Ebola. This briefing for African Affairs argues that these explanations lack important context. The briefing examines responses to the outbreak and offers a different set of explanations, rooted in the history of the region and the political economy of global health and development. To move past technical discussions of “weak” health systems, it highlights how structural violence has contributed to the epidemic. As part of this, local people – their beliefs, concerns and priorities – have been marginalised. Both the crisis response and post-Ebola ‘reconstruction’ will be strengthened by acknowledgment of its long term structural underpinnings and from a more collaborative inclusion of local people. 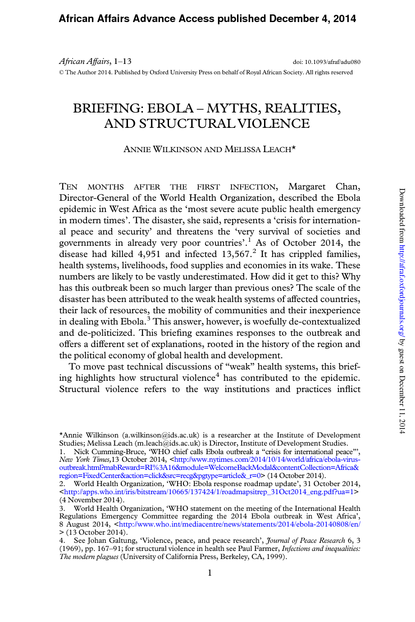