Guinea, Sierra Leone and Mali have each produced several songs about Ebola. The latest brings together some of the best musicians in the region. The song contains several fundamental messages, in particular that people should seek medical help when they are sick. 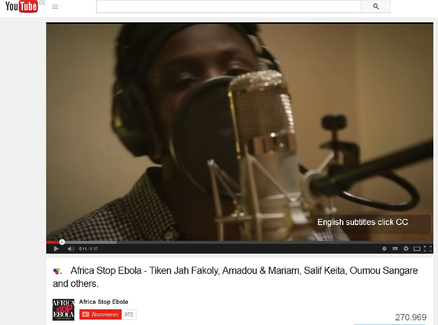