The DRC government, the UN, national and international NGOs, health workers, local leaders and community members have prevented Ebola getting out of control in Beni, North Kivu, despite the complex context. However, major challenges remain. In the last week of September, almost all response activities were stopped after an armed group attacked Beni, and civil society called for a general strike or ‘ville mort’ in the town. The virus continues to emerge in new areas, including insecure ones, and amongst people who were not previously known to have been in contact with victims. So-called “community resistance” is cited as a daily challenge. Looking ahead to the next phase of the response, now is a critical moment to recalibrate and put more emphasis on building trust and engagement with communities, alongside the essential medical response. 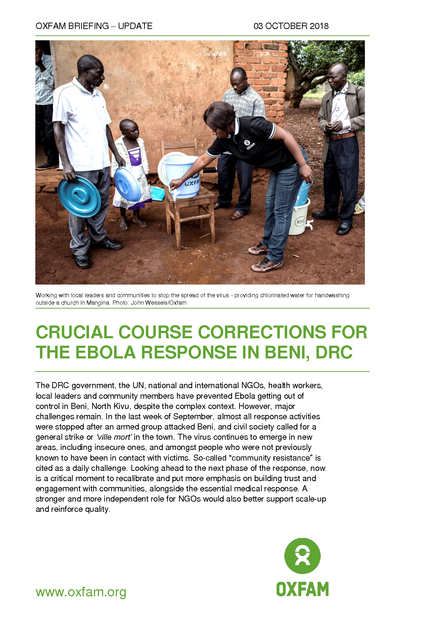